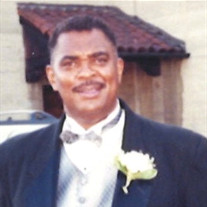 Mr. Timothy Ulysses Miller, Sr. was born to the parentage of Mr. Ulysses Miller and Ella Lemon Miller in Eastaboga, Alabama on September 21, 1955. At an early age, Tim loved and served the Lord. He attended Beulah Baptist Church of Los Angeles, California  Later on in life he moved to Eastaboga, Alabama where he attended Word of Life Christian Church in Coldwater, Alabama.  Mr. Miller received his of high school education with honors from Washington High School in Los Angeles, California in 1973. Upon his completion of high school, he enlisted in the US Army and dedicated almost two years of service to his country before being honorably discharged. While serving his country, Mr. Miller worked as a Personnel Clerk and received the NDSM and Exp Badge W/Rifle Bar M-16. After his time served in the US Army, Mr. Miller worked at the Long Beach Naval shipyard. He also became a successful car salesman with many accolades.  He was married for 19 years to Belinda Miller on September 14, 1975 and to this union was born two children Timothy and Tiffany Miller.  In the late evening hours of Wednesday, February 17, 2021, God called Timothy home and he transitioned from this earthly walk of life to his new eternal home while in the care of Regional Medical Center in Anniston, Alabama. After answering the Master’s call, Timothy was welcomed home by his parents, Mr. Ulysses and Ella Miller; and brother, Benny Miller. Timothy’s loving memories will forever be cherished in the hearts of his two sons, Darnell Miller and Timothy (Shelby) Miller, II.; one daughter, Tiffiany Miller; one brother, Dennis (Treva) Miller; two sisters, Cheryl Miller and Cedrice Miller; three grandsons, Matthew Miller, Kingston Njokom, and Kairo Njokom; three granddaughters, Danielle Chavis, Ashley Miller, Solai Miller, and Saige Miller; one niece, Kaila Cunningham; two nephews, Fredrick Johnson and Aaron Gland; and a host of other relatives and friends.

The family of Mr. Timothy Miller, Sr. created this Life Tributes page to make it easy to share your memories.

Mr. Timothy Ulysses Miller, Sr. was born to the parentage of...