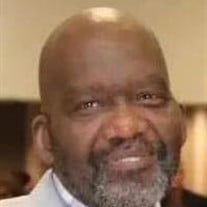 Milton D. Fomby was born to the parentage of the late Henry McGraw and Ada Fomby Kidd on May 9, 1956, in Pell City, Alabama. At an early age, Milton accepted Jesus Christ as his Lord and Savior and united with Mt. Zion Baptist Church in Cropwell, Alabama where he sang in the male chorus and remained a faithful member until his demise. He received his childhood education in the St. Clair County School System and was a 1974 graduate of Pell City High School where he was a standout football star. At the young age of 14, Milton started working various jobs with the Cotton Mill being the first. Upon completing high school, he began his working career at St. Clair Regional Hospital in Environmental Services and soon after, he became employed with AL DOT. He later started working with Alabama Power as a laborer/surveyor, but he realized his passion was working in the construction industry and began working with Brice Building Company in Birmingham, Alabama. Milton would not stop until he got the career he wanted, which was becoming an entrepreneur and owning his own construction business; therefore, he decided to further his education by attending Carpenter's Local Trade School in Birmingham, Alabama and receiving his journeyman trade in carpentry. It was at this time in his life when Milton started his own business, P&F Construction Company. He was very successful in his business until he departedthis walk of life. Milton, affectionately known as "MD" loved his carpentry skills. When he was not building on something, you could find him sitting around watching sports as he was an avid sports fan. He loved visiting churches and dressing GQ. Milton spent years as a DJ, known as "Dr. D". One of his biggest accomplishments was being trained for the first semi-pro team in Birmingham, Alabama, "The Birmingham Stallions"; but due to an unforeseen injury, he would not be able to continue training and play with the team. Milton's earthly journey led him on a path of fathering 10 beautiful children, all of whom he cherished dearly. Milton loved his children with all his heart and soul and was their strongest foundation. Not only was Milton a loving and caring father and grandfather, but he was also a great son and sibling-cousin. He has genuinely touched the hearts of many people and will truly be missed by all the lives he has encountered. Milton's life journey came to an end on Thursday, June 24, 2021, while under the care of St. Vincent's -St. Clair Hospital in Pell City, Alabama. Milton was preceded in death by his father, Henry McGraw, grandmother, Clara Jordan, aunt, Solonia Jordan, and cousin, Myrtis Moss. Those left to cherish his memories are his wife, Darlene Oden Fomby; six daughters, Inger (Ronald) Moten of Talladega, Alabama, Shonda Fomby, Takila (Kerry) Warren, Ivi McDaniel, R'Shae (Brian) Keller all of Pell City, Alabama, and Malaa McDaniel of Birmingham, Alabama; four sons, Henry (Barbara) Fomby of Talladega, Alabama, Allen Fomby, Mandral Swain, and Victor Bedford all of Pell City, Alabama; one cousin raised as a sister, Gwendy (Tony) Oden; one aunt, Dorothy Fomby; one uncle, Frank Fomby; twenty-two grandchildren; nine great-grandchildren; and a host of other relatives and friends.

Milton D. Fomby was born to the parentage of the late Henry McGraw and Ada Fomby Kidd on May 9, 1956, in Pell City, Alabama. At an early age, Milton accepted Jesus Christ as his Lord and Savior and united with Mt. Zion Baptist Church in Cropwell,... View Obituary & Service Information

The family of Mr. Milton Fomby created this Life Tributes page to make it easy to share your memories.

Milton D. Fomby was born to the parentage of the late Henry McGraw...

Send flowers to the Fomby family.