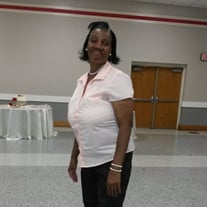 Ms. Lue Ann Hall was born to the parentage of Frank Lawson and the late Mary Alice Sillmon Hall on December 11, 1960 in Talladega, Alabama. At an early age, Lue Ann accepted Christ as her Lord and Savior. She attended school in the Talladega... View Obituary & Service Information

The family of Lue Ann Hall created this Life Tributes page to make it easy to share your memories.

Ms. Lue Ann Hall was born to the parentage of Frank Lawson and...

Send flowers to the Hall family.