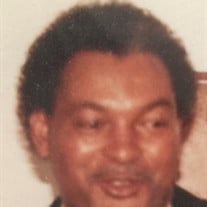 Mr. Joseph A. Coleman, Sr., 82, was born April 19, 1939, in Talladega, Alabama to the parentage of Adolphus Coleman and Bertha Foster Coleman. Joseph confessed Christ as his Savior at an early age and united with First Congregational United Church of Christ in Talladega, Alabama. He received his formal education from Westside High School and upon graduation, he attended Alabama A &M University in Huntsville, Alabama before pursuing his next path in life which was enlisting in the United States Army in 1963 to serve his country. While serving his country, Joseph received several military citations, medals, badges and decorations including: AFEM (Vietnam), Expert (Rifle M-16), Expert OM-60 MG), Expert (90 MM), 2D CL GN (3.5 RL), CIB, Sharpshooter (Rifle M-14), and Parachutist Badge. Joseph was stationed in Oakland, California, but he also served in Vietnam. After returning home to his family, Joseph became employed with Anniston Army Depot for many years before retirement. Joseph formerly married Mrs. Geneva Williams Coleman and to this union four beautiful children were born. After many years the ties to this marriage were dissolved. Joseph was recently wed in Holy Matrimony to Mrs. Cinderella Green Coleman with whom he shared the remainder of his wonderful years. Joseph lived life at its best. He loved sports, especially baseball and was known for his pitching ability from which he received attention at one time from the major leagues. He was a retired veteran of the U.S. Army and was fond of working as a mechanic and carpenter in his retirement years. He was known as a Do-It-Yourselfer and could repair just about anything. He was an avid gardener at one time and enjoyed cookouts, fishing, bowling, and watching movies with his family. Joseph departed this life in the early morning of August 20, 2021, after bravely battling sickness for several years. He is predeceased by his parents, his brother Foster Coleman and his sister Lorraine A. Coleman. His memories will be cherished by his loving and devoted wife, Cinderella Green Coleman; two sons, Joseph A. Coleman, Jr. and Terrence Coleman; four daughters, Stella (Michael) Taylor, Carla (Fredrick) Cass, Felecia (Linus) Coleman, and Candace (Allen) Bush; sixteen grandchildren, Courtney, Brandon, Ambi, Alexis, Ahmad, Jana, Skyler, Kennedi, Cassidy, Kaiyanna, Ahmarious, Allenaya, Azekiel, Ahmirra, Asreal, and Ahkari; one sister-in-law, Gloria Coleman of Meridian, Mississippi; nine great-grandchildren, three great-great grandchildren; and a host of other relatives and friends.

Mr. Joseph A. Coleman, Sr., 82, was born April 19, 1939, in Talladega, Alabama to the parentage of Adolphus Coleman and Bertha Foster Coleman. Joseph confessed Christ as his Savior at an early age and united with First Congregational United... View Obituary & Service Information

The family of Joseph A Coleman, Sr created this Life Tributes page to make it easy to share your memories.

Send flowers to the Coleman family.