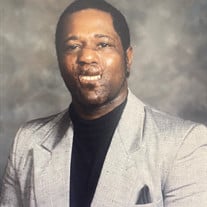 Mr. Tuck's earthly journey began when he was born to the parentage of the late Albert Tuck, Sr. and Annie Ola Ruth Foreman Tuck in Talladega, Alabama. At an early age, Mr. Tuck accepted Christ and united with Howard Chapel Methodist Church. He received his childhood education in the Talladega County School system and was a graduate of Talladega County Training School Class of 1968, known today as Talladega County Central High School, where he was a member of the TCTS Tigers marching band and the TCTS Tigers Football Team. Shortly after graduating, Mr. Tuck enrolled at N.F. Nunally Technical School in Childersburg and received his degree in Machine Shop. He was employed with Kimberly Clark Corporation for several years and later became a devoted and dedicated employee utilizing his skills in machinery as a machinist for Alabama Power (Greene County Steam Plant) until his retirement. Joe Lewis was affectionately known to many as "Chicken" was loved by all who knew him. He enjoyed fishing, yard work, riding horses, but mainly working in his machine shop and doing tractor repairs for everyone in the neighborhood. Most of all, he loved his community in Forkland, Alabama where he was well-known and a member of First United Baptist Church serving as Sunday School Superintendent. His desire to serve the community continued as a dedicated Councilman and Mayor Pro-Tem for the Town of Forkland. Councilman Tuck was influential in the various progression projects for the town. He played a major role in the building of the first Dollar General Store to be erected in Forkland which is right across the street from his home. Mr. Joe Lewis Tuck will truly be missed by all the hearts he has touched and lives he have encountered. In the comfort of his home surrounded by loved ones, Joe Lewis "Chicken" Tuck peacefully gained his heavenly wings when he accepted his Master's call on the evening of, Sunday, November 28, 2021. Welcoming him home was his parents Albert and Annie Tuck, Sr., brothers, William Titus Tuck and Wayne Tuck and sisters Virginia Ann Davis and Yvonne Tuck. Mr. Tuck leaves to cherish in his memory his two loving and devoted sons, Andre (Petrina) Tuck and Tyrus (Tanaya) Tuck, two brothers, Albert (Tonsie) Tuck, Jr., Leonard Tuck and Kennon (Ruby) Tuck; sister, Nellie T. (Samuel) Embry; eight grandchildren, Donta, Andrea, Nick, Tyrus, Kayla, Tyler, Tyra and Tiana; three great-grandchildren, Cassidy, Sebastian and Amiris special son, Jamal Wilson; special neighbor and friend, Carl Edwards; and a host of great-grandchildren, beloved nieces, nephews, other relatives, and friends.

The family of Joe Lewis Tuck created this Life Tributes page to make it easy to share your memories.

Mr. Tuck&#39;s earthly journey began when he was born to the parentage...

Send flowers to the Tuck family.